How is luminous worked

In the early days of civilization, as the sun went down and the sundial was unusable for the night, a graduated candle was used to tell the time. The precision of this method of course suffered due to the inconsistent rate of candle burning. People started to find a way to solve the problem.

Accounts from over 1,000 years ago mention the discovery of photoluminescent objects and paint in China and Japan. The Chinese would ground up rare photoluminescent jades to make these into beads and wine cups. The Japanese, on the other hand, made this paint by combining sea-shells with volcanic material. By the end of the 19th century, dive watchmakers were using these very same natural techniques to create luminescent paint to treat their dials. Thus, began the use of these “miracle materials” into various dive watch parts which helped improve readability in the dark.

The luminous dive watches today use Super-LumiNova, LumiNova, LumiBrite, etc. The luminosity of a dive watch depends on the pigments that have compounds which after ‘charging’ from a source of light, emit a glow for several hours thereafter.

The property of luminosity in the pigments used in diving watches occurs due to the phenomenon of “phosphorescence” which is a form of “photoluminescence”.

Photoluminescence takes place when a substance absorbs photons (electromagnetic radiations) and then re-radiates the photons. This period of first absorbing and then emitting the photons can get over within 10 nanoseconds or under special circumstances be delayed to several minutes or even hours.

Phosphorescence is a special form of photoluminescence where the energy absorbed from photons undergoes an intersystem crossing into a higher state of multiplicity usually a triplet state. Once the energy is trapped, transition from a triplet state to a lower singlet state cannot take place immediately, thus making the transition back to a singlet state longer, lasting minutes or hours. 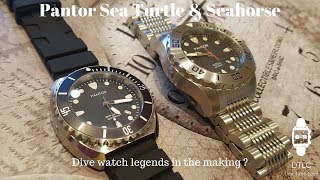 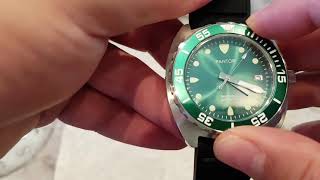 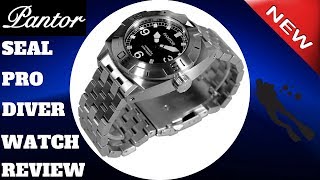 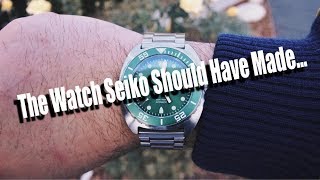 The Watch Seiko Should Have Made 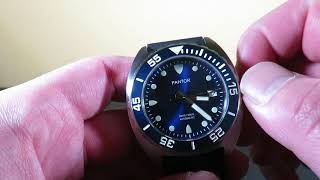 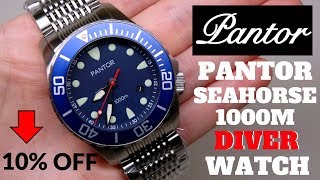